Susan Lincoln taught Transcendental Meditation for 30 years and has a Masters degree in Complementary Health Sciences (Ayurveda) which is recognised by both the Indian and UK Governments as a medical degree. Her final qualification in clinical practice, was completed with three months in South India.

Susan is based at the Maharishi AyurVeda Clinic in Rendlesham, Suffolk, though she also gives consultations in South Africa and Holland, and within UK in the Midlands, Sheffield, London, East Anglia and the Channel Islands. She is also available for consultations at the Maharishi European Sidhaland in Skelmersdale, Lancashire. 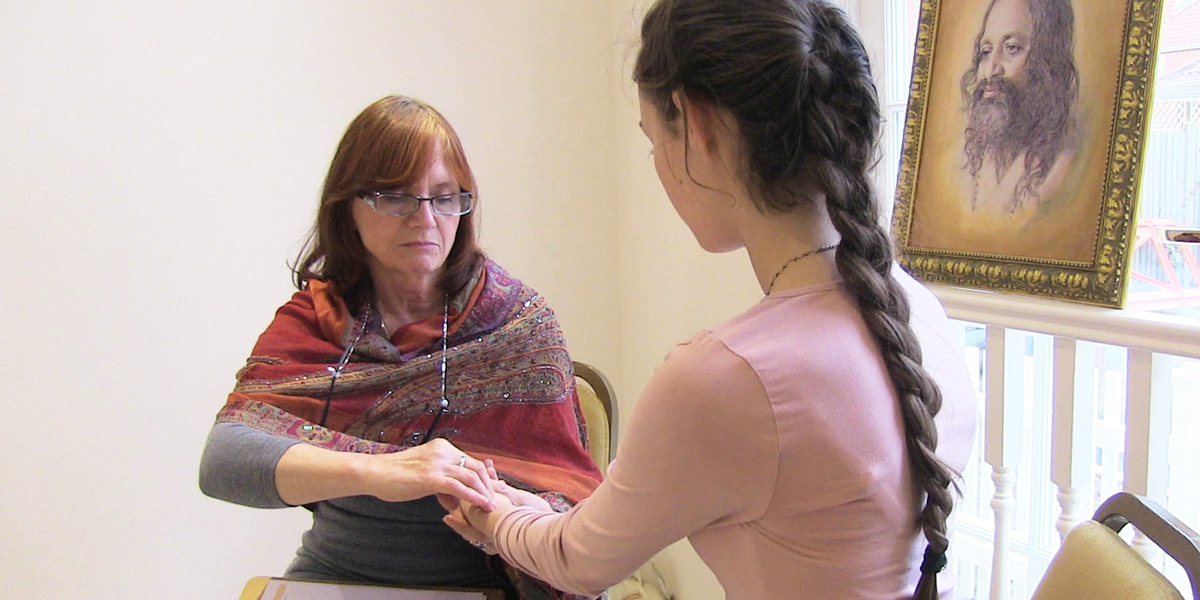 One of Susan’s specialities is pre- and post-natal treatment and she interviews couples who wish to conceive, taking them through the stages from successful conception through to pregnancy, childbirth and care of newborn.

She is specially trained in gynaecological problems and infertility, having specialised for some years, helping people gain their balance of health with some herbal recommendations, diet and lifestyle advices and introduction to Panchakarma purification procedures.

“Two years ago I found myself trapped in a cycle of flu like colds and chest infections. I developed a long lasting cough that eventually left me with asthma symptoms. The GP prescribed inhalers and although I persevered for several months with these, I only ever got partial relief and had to use them several times a day. Sometimes I felt they were even making it worse.

“Desperate for an alternative I had a consultation with Sue. She taught me some special breathing exercises, advised me on my diet and gave me Ayurvedic medicine. Within a few days I was using the inhalers less and after two weeks had got rid of the symptoms completely. I’ve kept the inhalers on standby but have not used them since. I couldn’t believe the treatment worked so quickly or completely. Now I use Ayurveda at a first option for treatment rather than a last resort.”

“I have known Sue for around 20 years and my family and I have benefited greatly from her specialist knowledge with regard to our health. She recently helped our daughter restore health to her body where Western medicine stated that there was no cure for her condition. I personally keep my own health in check with her on a regular basis

I recently attended a 3 day treatment course with Sue. I had been suffering with extreme knee pain for several months – an old injury which as I get older has become more troublesome.

“I received wonderful massages which I felt nourished my whole physiology and some simple dietary advice, alongside some herbal preparations and self massage. That was just a few weeks ago and since then, I have been able to completely cease any medication such ipobrufen and pain killers, I now have little pain – and feel a lot more ‘awake’ in general. I’ve also lost 8 unwanted pounds.

“I have known about Ayurveda for many years, but taking it a step further and following a routine is making a significant difference in my life.” Rediscover the simple, timeless secrets of health and happiness

Combining 6000 year-old Eastern wisdoms of Ayurvedic medicine, ancient spiritual teachings, natural health secrets, and the latest modern science, this book reminds us of 7 timeless (yet forgotten) secrets of health and happiness.
Based on the age-old science of Ayurveda and the world’s healthiest and longest-living people, the book will show you how to:
1. simplify your life
2. stay young in mind and body
3. learn the simple secrets of the world’s healthiest and longest-living people. A great Ayurvedic cookbook with detailed chapters on herbs and spices

Frank Lotz has created an exceptional book that overflows with a wide variety of delicious vegetarian recipes.